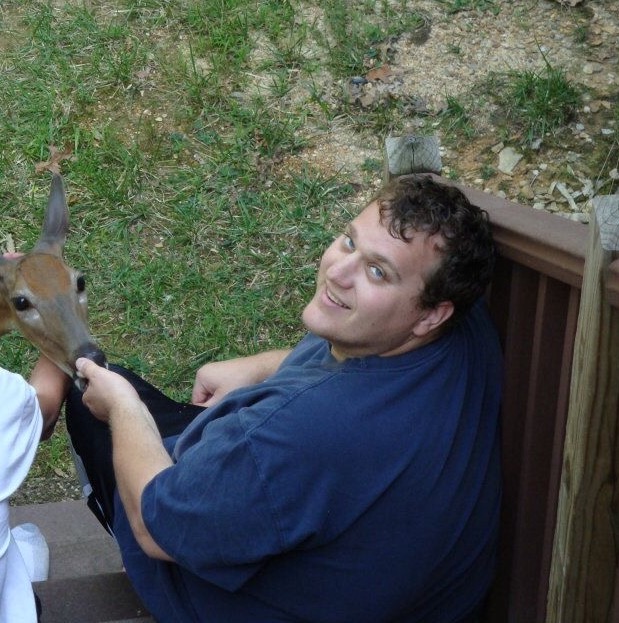 At a young age, Chris was very sociable, intelligent, full of fun and laughter. He was willing to do anything and felt he was invincible. At that time a sibling remarked to me that I wish I could be more like Chris. He knows just what to say and has many friends. (Conversely, when Chris is addicted, he tells me he wishes he could be more like his siblings and lead a more normal drug free life).

By fifth grade his weight became a very big problem for him. He was mocked by his peers.  I remember how depressed Chris was when his own baseball team bullied him while he was up to bat. It saddened him and he sat on his bed for hours. He didn’t feel good about himself anymore, and he didn’t connect with many of his peers. When he went to high school, he felt he didn’t stand out. He again was bullied.  He started alcohol and began doing and dealing marijuana.  He felt that marijuana made him more popular. He  had many fun experiences with the people who did not care about his weight issue and/or did drugs. However he felt the pain of being disconnected from many of his classmates.  Chris’ drug and alcohol use was never occasional.  He did drugs multiple times a day.

The wrong choice, peer pressure, curiosity, the physical and psychological need to have some drug in his system and a disconnection problem led Chris to try other drugs.  He tried ecstasy and mushrooms while in high school.

After high school Chris went to Universal Technical Institute in Exton, PA for almost a year.  He continued drinking too much alcohol. He received a certificate in automotive technology.  Chris was excited to get a job with a dealership in PA.  After a month the company let him go because they researched his driving record and were unable to insure him.

In April 2007 at 20 years old Chris got a job as a machinist at EVAPCO in Taneytown.  During a raid in our home he was arrested for possession of marijuana in sufficient quantities that suggested dealing.  He spent 2 1/2 months jail time but was not convicted of a felony.  He lost his job at EVAPCO while serving jail time.  This record kept him from gaining any further employment.

Chris attended Mount St Mary’s for a semester in 2010-2011 as a commuter. He did well until he started cocaine.  This drug was so addictive that Chris and a friend who was also addicted attempted to help each other keep away from it.  Chris sold his belongings and started stealing in order to get money for cocaine. He started missing classes at the Mount.  He withdrew from school.  He had done so well academically up to this point that the dean told him he could come back to school in the future.  Cocaine had a side effect of an elevated heart rate which Chris did not like.  He began snorting heroin at age 23.

At my urging, Chris enrolled in the engineering technician program at HACC at age 24 and lived in Harrisburg.  (He had been sleeping quite a bit during the day so I told him he either had to get a job or go back to school.) While attending HACC Chris decided that he did not want to smell like marijuana in the classroom so he decided to stop.  The withdrawal caused paranoia and he began treatment for paranoia.  Since I thought he had a mental illness rather than symptoms from withdrawal, I convinced him to drop out of school.

Chris moved to York, PA with his girlfriend.  Chris was abusing pain medications.  Together we went to two different pain centers for a motorcycle back injury.  Chris seemed very desperate to get specific pain medications that he could abuse. He was kicked out of the pain centers for having “dirty” urines.  At age 25 he started doing Iv heroin about 2-5 bags a day. Chris broke up with his girlfriend and moved back home.

When I found Chris using a needle (heroin), in his room, I took him to the ER.  This was the first that I knew about his addiction to heroin. We were told by the physicians at the ER to get him opiates for the weekend until we could get him into a treatment center.

At age 26 Chris entered the Mountain Manor Outpatient Treatment Center. His insurance would not pay for an inpatient program.  I believe that an inpatient program would have been more beneficial to Chris especially if we had started the inpatient program much earlier in his disease. According to the addiction psychiatrist at Mountain Manor Chris had significant success. He was above average in his desire to stop drugs and in his success via suboxone and counseling. He had two documented relapses while participating in the program at Mountain Manor. One was the end of September and beginning of October 2013 and the other January through March 2014. When he relapsed, Chris’ life centered around seeking drugs, trying to get money for drugs and doing drugs.  He was bored and very frustrated that his efforts to seek employment were unsuccessful due to his record.

Chris found the love of his life and I am so happy that he had that experience. But addiction already had him. When he relapsed for the last time, his body had enough and could no longer handle the amount of heroin that he had taken in the past. Chris is greatly missed by his family and friends. His memories are a significant part of our life. We love you, Chris!